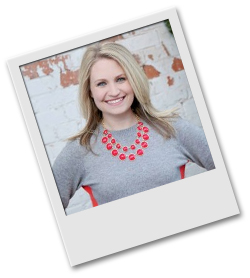 Cameron has been dancing and performing for over 25 years, but for the last twelve has found that her true calling is actually in teaching. Her training began locally in her hometown of Kernersville, North Carolina, and she continued dancing at studios around the Piedmont Triad Area until she graduated high school. She also has ballet, pointe and modern training from the North Carolina School of the Arts (now UNCSA). In addition to dance, Cameron has had a promising singing career under the name of Cameron Marion. She formerly used both her singing and dancing abilities as part of an LA-based pop girl group that shared a short stint on the reality TV circuit. Cameron has released an album and two singles on iTunes; one of which received regular airplay on XM country radio. She has opened for and shared a stage with Jeff Cook from the legendary country group ALABAMA, Jordan Knight & Donnie Wahlberg from the New Kids on the Block, Cartel, the Little River Band, and multi-platinum country recording artist Gretchen Wilson. She was also the musical entertainment aired at a birthday party on the television show “Outrageous Kids Parties” on TLC. Cameron enjoys traveling and taking master classes to learn all she can about the evolving studio business, and is mentored by some of the best in the studio owner “biz”. Cameron is a member of the National Dance Education Organization and more specifically, the North Carolina chapter (NCNDEO). Her students have been featured dancers on the “Drop Dead Diva” episode with Maddie Ziegler and Abby Lee Miller, been cast as dancers and actresses at the Fox Theatre in Atlanta, and have accepted spots out of very few given in many exclusive summer programs including: The Joffrey, Broadway Artists Alliance and Oklahoma City University’s (OCU) High School Musical Theatre Program. Cameron lives in Kernersville with her husband, Joseph (he’s our merch guy at recitals – so make sure you introduce yourself and say, “Hi!” when you see him), and one son, named Flynn.  She enjoys sharing her passion for dance, music and performing with students of all ages, and her biggest hope is to inspire children to set their sights high and always know they can dream BIG!

Groove-To-Go Classes are taught by our awesome Destination Arts Faculty!

We are a proud member of the National Dance Education Organization, and most specifically, the NC Chapter!